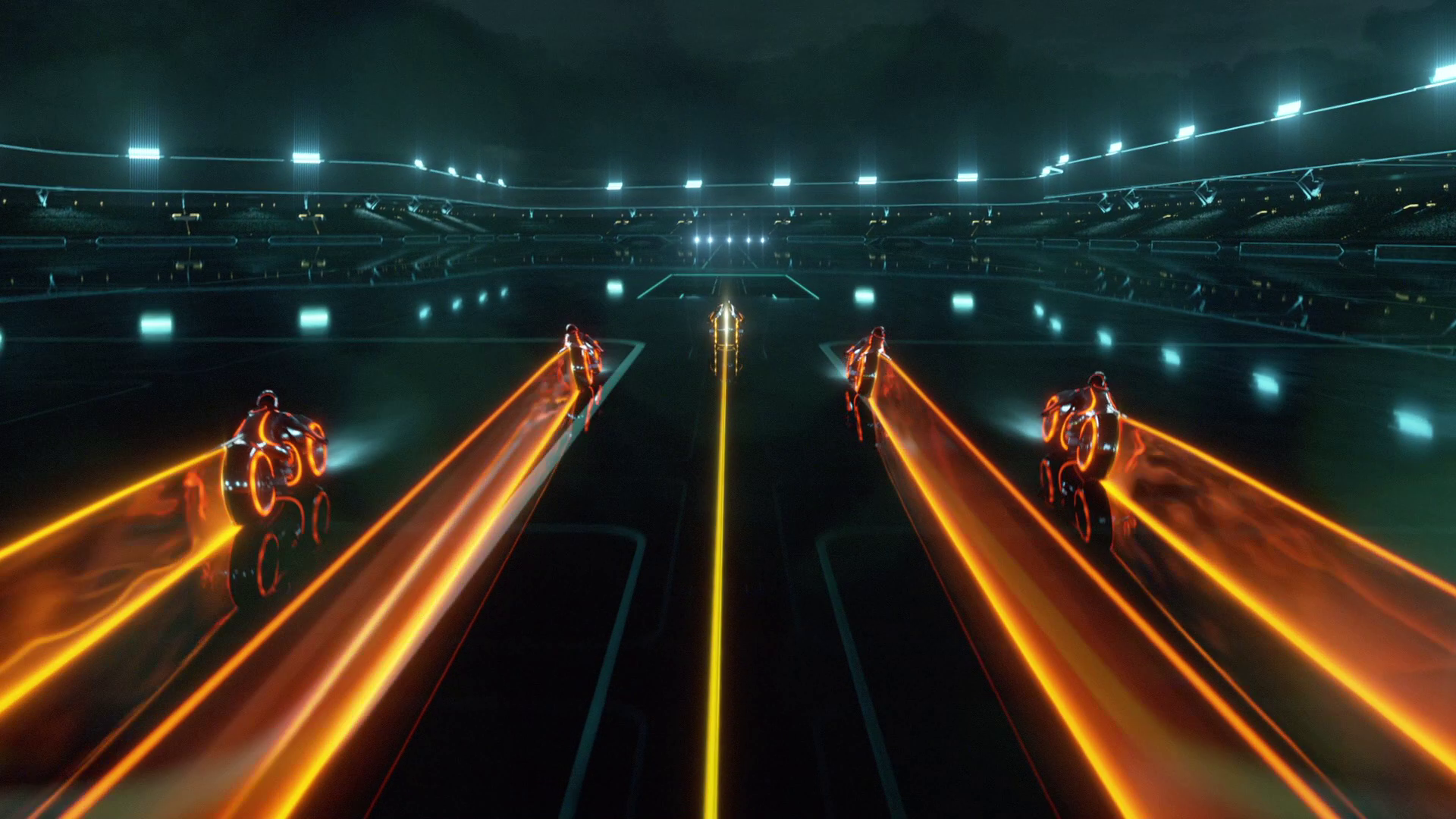 A music video edit of Tron: Legacy set to the VonLichten song, Messier 71 (from the album mDUST).

Here’s the 16×9 aspect ratio version of the video:

In 2012, I did a music video for Tron: Legacy called Adagio For Tron Legacy. As is often the case, I wanted to make a second video before cleaning all the source materials off of my drive (seeing as assembling the source materials and flagging usable scenes is a good chunk of the work). I dragged my feet for a long time until I came across a piece of music I thought would work. In fact, I had a first timeline assembly of the video prepped a mere 2 days after the release day for the album that the song is from.

However, it took me a long time after that initial assembly to revisit the video and make a few beta version passes at it, then a release candidate, then finally (another 6 months later), a dozen last tweaks to make it what I consider to be the final version. As always, I could keep tweaking these things forever, but at some point one has to get comfortable enough with a version and just declare it to be the final version. So I’ve not nuked all the source materials from the drive and consider this version to be final.

There are two versions above. Both are identical in content and edits. The only difference is the aspect ratio of the picture. Because the big action scenes in the movie were complete for full frame IMAX presentation, the blu-ray also presents those scenes that way, with the bigger action scenes in 16×9 aspect and the rest in anamorphic 2.35:1 ratio. I cropped the scenes in both directions to make one of each variation. That means there’s no picture quality loss in terms of resolution for the 2.35:1 version, because I’m not zooming in to do any of the cropping – just masking some material from the top and bottom (though I’m not just taking the middle – I did do some vertical position selections, and even some vertical panning). The 16×9 version, though, does have to zoom in do to the cropping, so those clips that were cropped are closer to being 720p in resolution but upscaled to 1080p to match the rest. Given that most of the clips in the video are from the big action scenes, that means that a majority of them were already in 16×9, so there were many more shots modified to make the 2.35:1 version than the other way around.

In the end, I think I like this second video better than the first. That somehow often ends up being the case when I do a second video from the same source materials. I suppose that makes sense, as I’ve gotten more familiar with the source materials, and also do the music choice the second time with a better idea of how it’ll work.

Nothing is impossible. The word itself says “I’m Possible”.