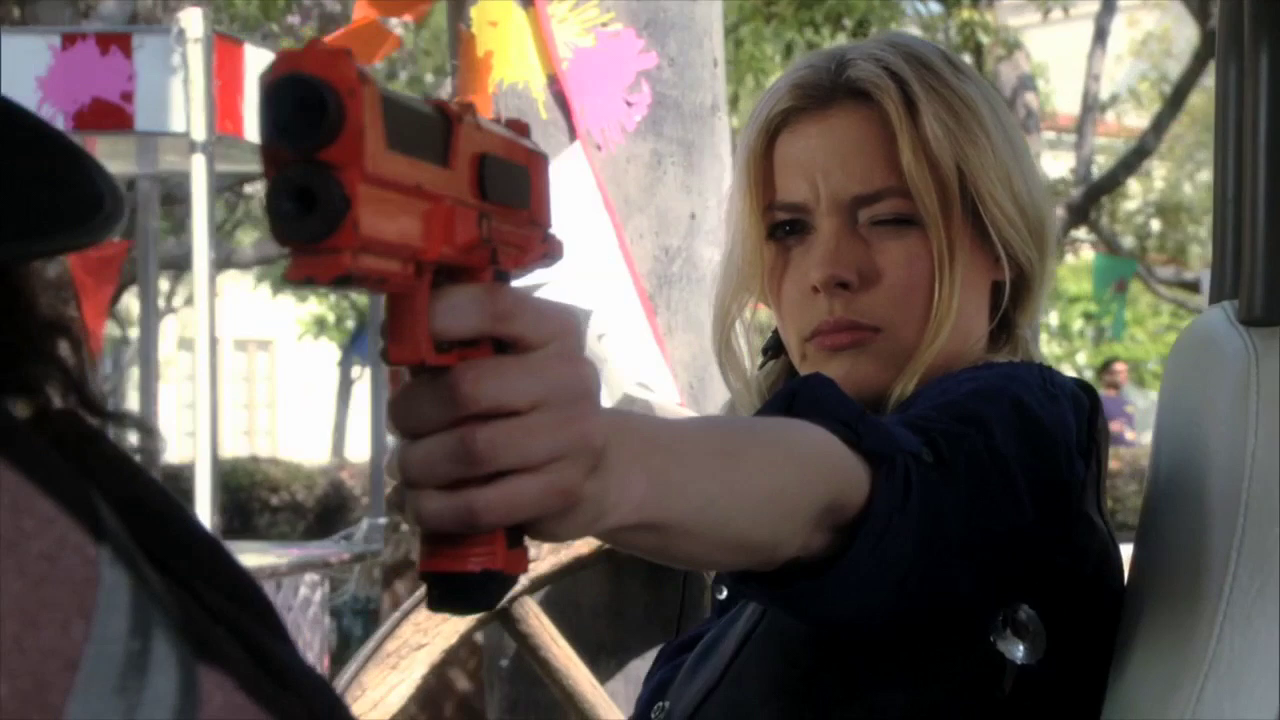 This is a music video edit of bits from the 3 paintball episodes of Community (as of season 3):

Community is one of my all-time favorite shows. I’d started working on this edit in late 2011, and got roughly 20% of the editing timeline put together. I then got distracted with other things and hadn’t gotten back to it. I resumed work on it in early October, 2012. I kicked out a couple beta versions, making changes after a number of viewings, etc. One never completely finishes with projects like this. You just keep messing around with it, shifting clips around, changing edit points, etc, until you can watch it a few times in a row without anything bugging you enough to motivate you to go back in and fix/replace it. After a few updates, I kicked out what I considered to be a good enough version to consider final on October 13, 2012 (which happened to be my birthday).

My least favorite part of the video, which was the toughest to try and get anything to time well, is the slowed down bit from around :30 to :42. My favorite specific bit is how the credit for Ken Jeong “shoots against the background” so well to the exact bit in the music (a coincidence as to how well it landed on that spot based on the order it was in for the credits). Runner up would be the timing of the dude getting shot in the air by Britta at around the :44 mark. And for the first time with one of these video projects, the first shot I had in mind as to where to put it was actually the very first shot of the video (with Abed jumping against the wall).

Music is by Massive Attack from the film score to Unleashed (aka Danny The Dog). Most of it is the cue, “I Am Home”, in which I edit a small earlier bit of it in place of the last part of the cue. Then it (rather awkwardly, I’ll admit) transitions to the last bit from another cue, “Simple Rules”. I changed the music transitions near the end a number of times and never managed to get a great solution – this is as close as I got. The Unleashed score is great, with plenty more excellent stuff to be found on the album. Highly recommended.

Here’s a few edit stats about the video:

These are the fan trailers I assembled during 2014 for various RiffTrax releases.

The 1995 edit of my ongoing obsession with editing explosions to the 1812 Overture.
Under Construction

I like to reminisce with people I don’t know.