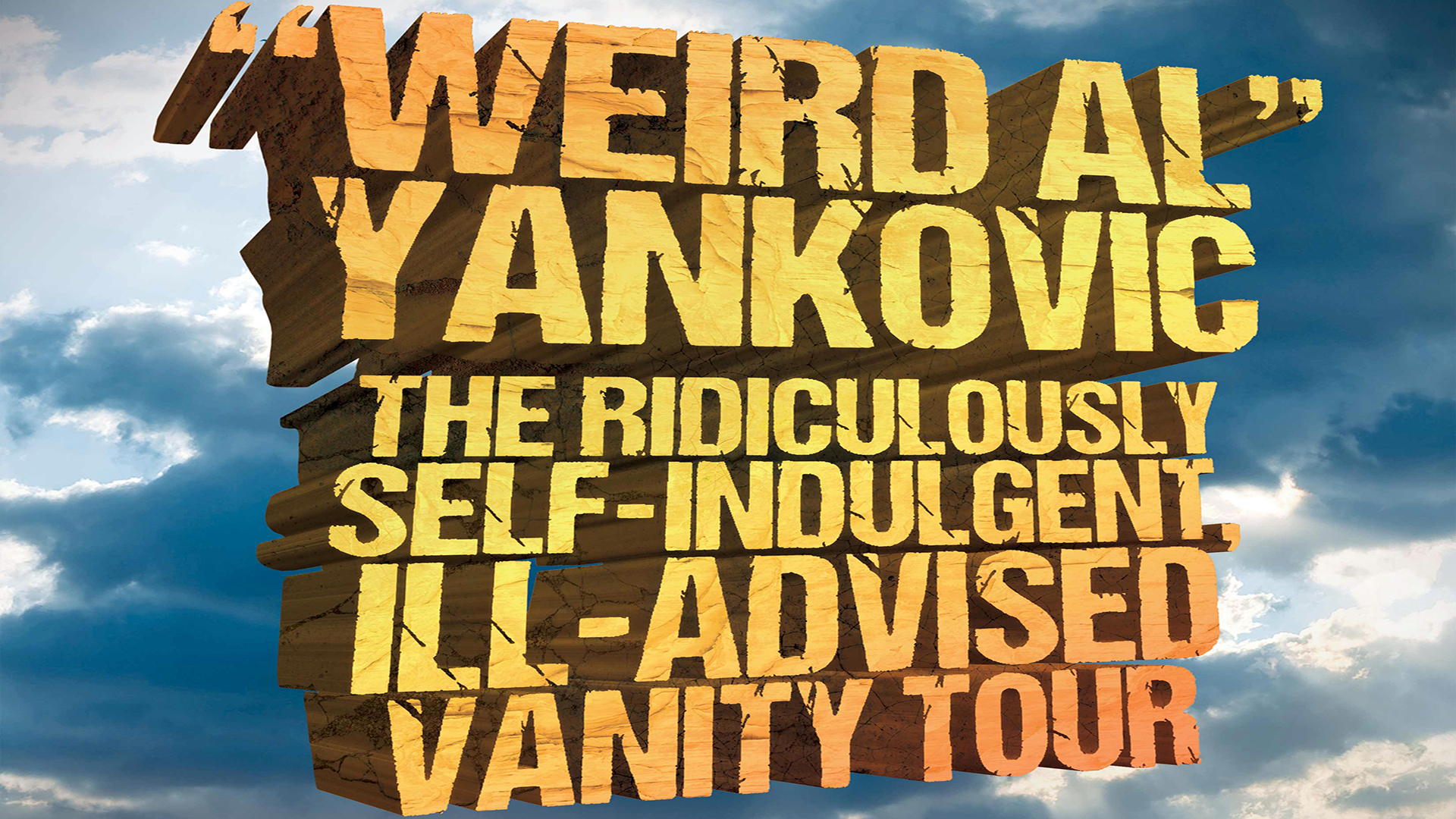 This was a heck of a project, tracking down the variety of video recordings for the huge set of songs that Weird Al performed on this tour. For those who don’t know, this was a kind of “unplugged” tour that Al did, feature almost-entirely his original songs rather than the more well-known parodies. No two shows were the same, with a random assortment of songs. Here is a fun spreadsheet that shows the set list for each of the 77 shows, as well as some fun statistics. For extra fun, Al and his band did a cover performance of a different song at each tour stop. I’ve included around 20 or so of those as well.

The very cool bonus of this tour was that the ENTIRE set of soundboard recordings for all 77 stops on the tour were officially released via Stitcher. It didn’t take long for the idea to occur to me that I would be able to sync various video clips to the official audio recordings, since there was a complete set of audio to pull from. Not everybody who posted video bothered mentioning which venue the recording was from, so I would have to see the date they posted it and try matching up the audio to the various days before that posting date that the song had been performed.

Not surprisingly, some video recordings are better than others. The first 5 songs aren’t the greatest example of video footage, so give it some time to grow on you. On a handful of occasions, I found multiple video recordings at the same venue of the same song and was able to do some proper multi-angle edits. Curiously, his cover performance of Peaches by The Presidents Of The United States ended up being the best example of that, as I found 4 recordings and was able to do some nice synced-to-the-music editing for it. Amazingly, I managed to include all but three of the non-cover songs.

Here’s a breakdown of the tracks (including date, venue & location) and where they are in the video.

This is a music video edit of clips from Firefly & Serenity set to Knights Of Cydonia by MUSE.

A music video edit of clips from the 1966 movie, The Blue Max, set to music from Jerry Goldsmith's music score.
Under Construction

I love deadlines. I love the whooshing sound they make as they fly by.