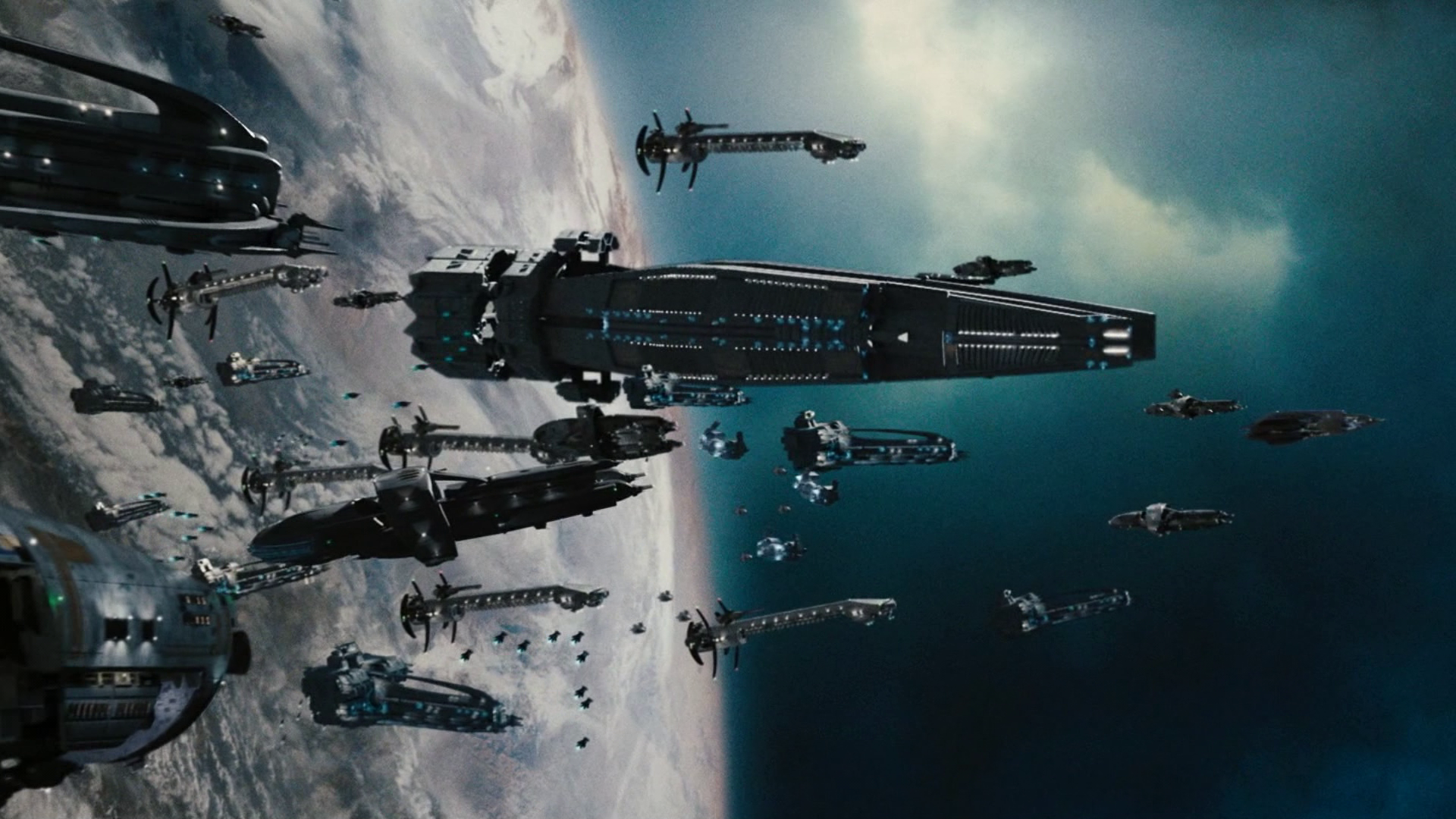 This is a music video edit of clips from Firefly & Serenity set to Knights Of Cydonia by MUSE.

And here is the 2.35 aspect ratio version:

This video started out with me doing some first experiments with editing in proper HD quality back in 2009. Ever since I’d heard the song “Knights Of Cydonia” by MUSE, I’d always thought it would work well for doing a music video of Firefly clips. Once I’d gotten started playing around with the HD editing process, I started thinking about what source material to play with, and the Firefly video idea popped back into mind (and the full Firefly series and Serenity feature film had been released to blu-ray). So, I started ripping the episodes in their raw HD quality to mess with.

The process I used for doing HD ripping & editing back in those earlier days was very convoluted and annoying. Trying to get these blu-ray-ripped files to open in Sony’s Vegas Video 8 was problematic at best. And when I could get something to load, the raw codecs involved were horrible to work with in terms of editing performance and accuracy. After tons of messing around and research online, I decided to use Cineform’s Neo Scene encoder to get it into a form I could productively edit.

Fox’s Firefly set is encoded in AVC format, while Universal’s Serenity is VC-1 encoded (surely the result of it having been previously on Universal’s favored HD-DVD format, where VC-1 encodes were more the norm). The upshot of this is that Neo Scene could work with the AVC files from the Firefly set, but not Serenity’s VC-1 codec. I spent a lot of time finding a good way to get the Serenity rip from the VC-1 format to an AVC format so I could use it, but finally did.

Anyway, once I had all my source files piped through Neo Scene, I could get them all into a project in Vegas. If you think the above info sounds confusing, you don’t know the half of it. Or the tenth of it. I experimented with so many encoders, demuxers and rippers that I couldn’t possibly remember even half of them that I experimented with. I spent more hours than I care to consider sifting through forums and wiki’s hunting for useful info, too. If I had known what I was getting myself into, I probably would have never started the whole experiment. Thank goodness that HD codec support in editing apps has improved dramatically since then.

I went through all the usual video edit steps, then came the part that I knew would be a particular challenge with this video. And quite frankly, I was kind of looking forward to this part, as I knew it would be a requirement when I started the project. That part would be adjusting aspect ratios. See, Firefly is shot for standard HDTV 16×9 aspect ratio. Serenity was shot in the anamorphic 2.35 theatrical aspect ratio. So if I left the clips in their natural ratio, the clips would be randomly alternating between 16×9 and 2.35, causing the black letterbox bars to randomly come and go, which looks awkward. While I ultimately rendered out a version in that alternating form, just for amusement and comparison use, I set about unifying the clips to work together. The most obvious target was getting the Serenity clips into the 16×9 format so the whole video is in 16×9 aspect (as presented in the first embedded version above). This involved doing cropping and pan/scanning within the 2.35 frame for the most useful 16×9 frame of the picture in the clip. In many instances, I actually have the cropping moving horizontally tracking the action in the frame, though you’d likely never know it watching the video if I hadn’t revealed that fact. One downside to having to do this cropping/scanning of the frame is that I’m not getting the full native 1080p resolution in the clips from Serenity for the video since I’m scaling them up to fit the frame. Regardless, I did my master render in 1080p, since the Firefly clips were still in their native 1080p format. The irony is that the fancier, bigger budget Serenity feature film is the one with lower resolution clips in the video. The untrained eye wouldn’t spot the difference anyway.

Once I had that done, I reversed the concept to create a fully 2.35 version of the video. What that involved was falling back to my Vegas project with all the clips in their native aspect ratio again. Then rather than doing horizontal panning and scanning across the wide frame of Serenity clips, I did 2.35 cropping of the Firefly clips and did panning and scanning in vertical directions as needed. Going into the project, I didn’t think that making the 16×9 Firefly clips into 2.35 ratio would work as well, but I was surprised to find out that I could make most of the clips work very well in a 2.35 cropped ratio. And ultimately, I’m a huge fan of the anamorphic 2.35 ratio. Were I a film director, I’d shoot all my films at 2.35. So I was rather pleased to make the video also work in that form.

I was fairly happy with the final result. Like every video I do, I’m never completely happy with it and wish I’d tweaked this or that, or replace some clips that don’t quite work where they are with other clips, etc. Ultimately, there comes a point where I just have to stop screwing with it and just declare it “done enough.” The quality of the video turned out pretty good, particularly considering the insane codec stuff I was dealing with at the time. There’s a little bit of edge aliasing I wish wasn’t there (mostly in clips from Serenity that were scaled to fit the frame), but it looked far better than any previous standard-def videos I’d done – by a long shot.

What do I figure the total number of man-hours were that were involved? I don’t know. Probably 50 or so. That’s not counting the hours of disc ripping, file transcoding or video rendering, where I would have been doing other things while the computer did its thing. That time was spread in random intervals over roughly 3-4 weeks.

Here are a few random facts about the video:

A music video edit of Tron: Legacy set to the VonLichten song, Messier 71.

We tend to scoff at the beliefs of the ancients. But we can’t scoff at them personally, to their faces, and this is what annoys me.