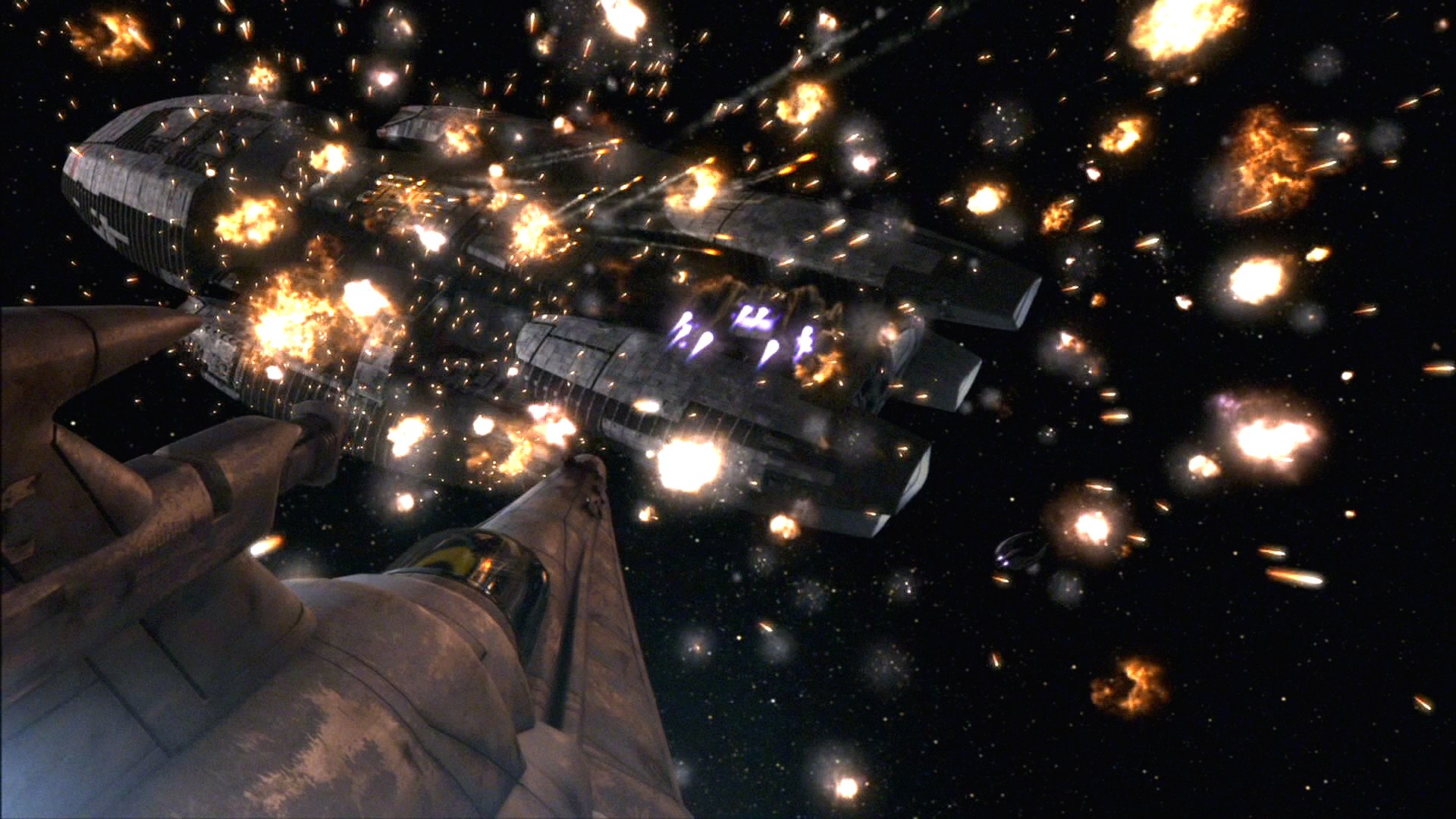 This is a music video that I started and never got around to finishing. It was edited using footage from the DVDs of Battlestar Galactica for season 1 and 2.0. While it doesn’t have any empty parts in the video, I had decided to hold off until at least season 2.5 was released on DVD, but never did swing back around to working on it again. As such, there is no material included from episodes beyond the season 2 mid-season hiatus.

Then, once HD sources for the show started to become available, I decided to wait until the series ended and I had full HD sources available for the show before attempting a proper, finished music video edit for the show. Alas, I haven’t gotten around to doing that as of this writing (mid-2019). Perhaps one of these days I’ll finally get around to giving it all another shot in HD with material from the entire series.

Still, I rather like what I had put together up to that point, so I’m going ahead and posting it. There are a good number of edits in this one that I’m very fond of. Plus, I kinda like how this series edits to some of John Powell’s action music score materials. Featured is music from Christopher Young’s score to Swordfish at the very beginning of the video, then the rest is Powell’s scores to the Bourne films and Mr. & Mrs. Smith.

This is a simple compilation edit of movie scenes of people running set to Mars Lasar's song, "Victory".

A music video edit of various explosions from movies set to Tchaikovsky's 1812 Overture.
Under Construction