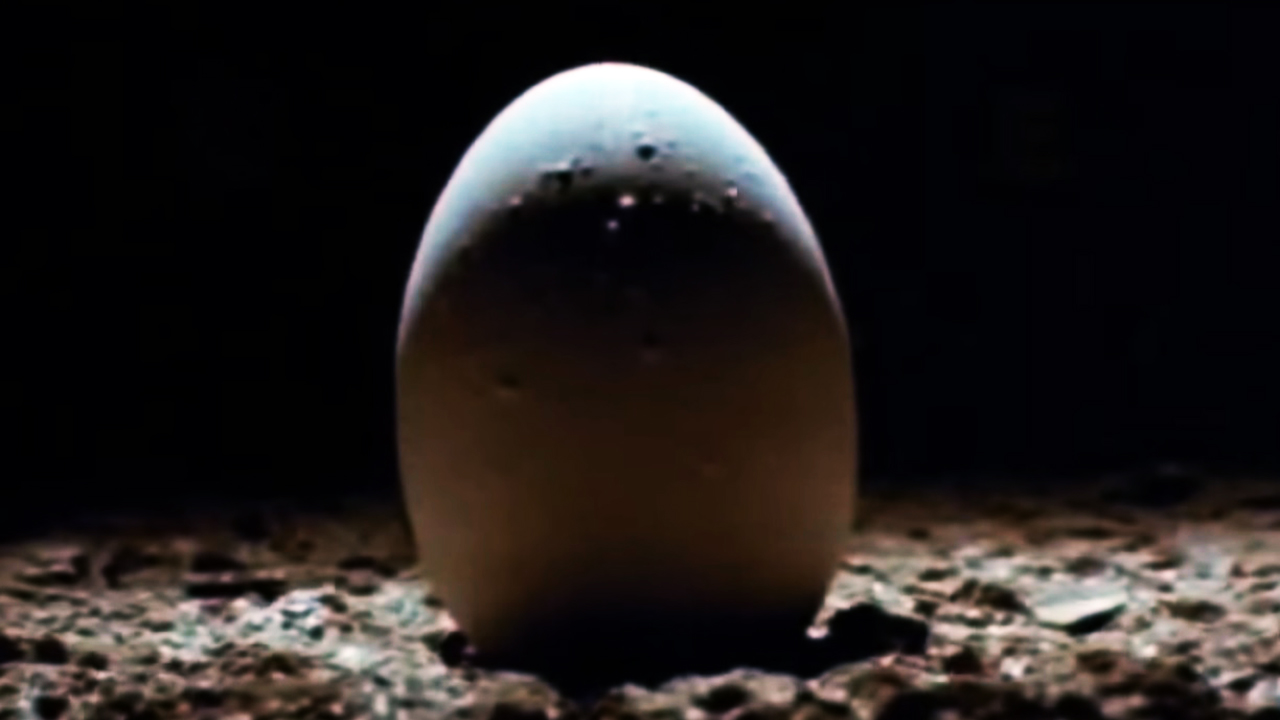 My favorite trailer, which goes to one of my all-time favorite movies. As you will probably notice from this list, I’m a fan of the more abstract and impressionistic teaser style trailer rather than ones with lots of dialog (and if a trailer has a voice-over, it’s almost guaranteed to suck). The one and only good thing to come out of me seeing the unbelievably awful Mortal Kombat: Annihilation in a theater was the fact that it was the one and only time I saw this trailer theatrically (and immediately wanted to see the movie). Unfortunately, New Line put almost zero effort into the marketing push for Dark City, despite having such an amazing trailer to use, so it was seen by very few people (the trailer or the movie).

Yep, another impressionistic teaser. It’s no surprise that it was one of the sci-fi films in the wake of Star Wars that managed to find an opening for success, playing against the “sense of adventure” style that Star Wars had sparked off. This teaser perfectly captures the claustrophobic, intense, suspense genre spin Ridley Scott was going for.

Another impressionistic, nearly-dialog-less teaser (sensing a pattern?). T2 had the advantage of being a sequel to a very popular film, so it didn’t actually need to show much for people to know what they would be getting. This is also one of the rare trailers to have a fairly high production setup without showing any actual footage from the movie. I wish more movies did that these days.

You guessed it, another teaser with essentially no footage from the movie (I suppose there’s a chance they used an insert or two of the flux capacitor equipment or such). By the point of putting together the marketing for the film, they had realized that the DeLorean car was going to be just as much a star of the movie as anything else, so they wisely based this teaser around the vehicle.

A fantastic example of the stylistic use of a plot element in a trailer (the signal pulse). The movie is highly underrated and the trailer very quickly captures as much of the concept and style as it needs to in a minute and a half, proving that modern trailers definitely tend to be longer than they need to be.

The rare “review trailer” that made me not only want to see the movie, but it made me drive to an art house theater a decent distance farther than my typical local theaters to be able to see it. I’ve seen the movie quite a few times since then, as it’s one I toss on fairly frequently. The movie’s style lends itself to a fast-cutting, music video style trailer. In fact, it would have been crazy had it not done the trailer that way.

I would have taken out the storm sequence from the end of this trailer to tighten up its pacing and shorten it down a bit, but it’s otherwise a fantastic trailer. As a long-time Mad Max fan, I was VERY much looking forward to Fury Road when it had finally made it into production. When I saw this trailer, I knew George Miller was gonna hit it out of the park. And hit it out of the park he did, as it’s my all-time favorite action movie.

Fox put on a massive marketing blitz for ID4 leading up to the film’s release. The promos and posters were absolutely everywhere. This completely dialog-free trailer was my favorite of their campaign. It’s a little bit cheesy in style in a couple bits, but it works. It’s definitely the trailer at the time that most made me want to see the movie. I’ve watched it at least once every year since (during the July 2-4 time window).

It wouldn’t surprise me to learn that the same people that made the Dark City trailer that is #1 on this list also made this early trailer for The Matrix (after all, it’s from New Line’s parent company, Warner Bros). Not all of the trailers for The Matrix were great, but I quite liked this one. It’s the primary one that made me want to see the movie. That took some convincing, as I was still trying to rinse the abject awfulness of Keanu’s previous cyber-style movie from my brain, 1995’s Johnny Mnemonic.

While this trailer is technically in the more modern style that I’m not terribly fond of, it’s probably the best of that style to date. I would shorten it a bit, but I generally think it works very well. And hey, doesn’t hurt that it is for a fantastic movie.

Overlooked Cinema 2021
An ongoing series of movie selections that I consider to be overlooked & underappreciated.
2020 Movie List
The list of 2020 movies that I saw, ranked by my preference from best down to worst.
My Quarantine Comedy Movie Viewing List
A log of comedy movies I watched as a daily series during the shelter-at-home quarantine fun.
Categories
Recent Posts
Archives
Random Quote

Some jokes are short and elegant, like a mathematical proof or a midget in a ballgown.