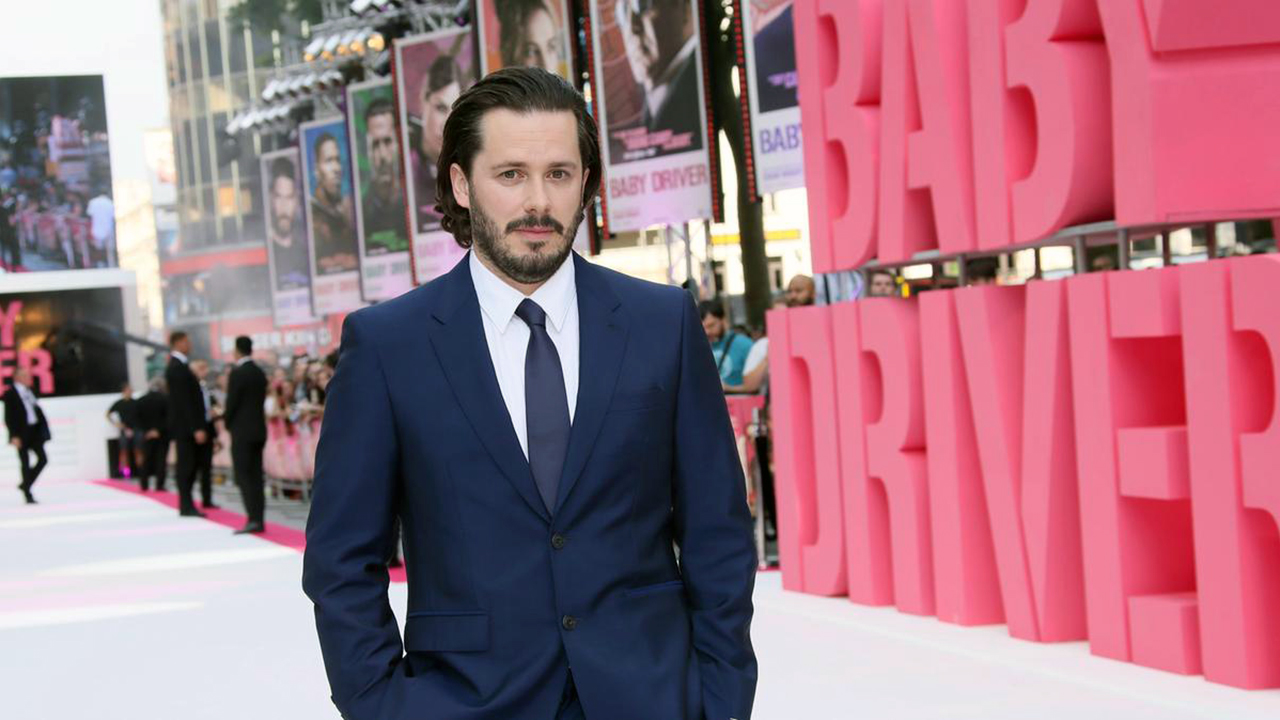 This is a list of my favorite film directors that are currently still active. The only 2 rules for this list is that they have to have directed at least 3 movies and have made at least one in the last 10 years. They are more likely to make the list via consistent greatness. There are some who have made some of my favorite movies but also have made a fair number I haven’t loved as much (Ridley Scott, Steven Speilberg, etc). Put simply, I will see any movies that are made by directors that made it on this list. I don’t need to know a thing about the movie, I’ll just see it if it has their name on the director credit. Runner-up goes out to Ron Howard, Joss Whedon, George Miller, James Mangold, Alfonso Cuarón, JJ Abrams, Mel Gibson, Terry Gilliam, Joe Wright, Ang Lee and the aforementioned Steven Spielberg and Ridley Scott.

While the position of most of the directors on this list is a bit variable, the number one slot has to go to Edgar Wright. He’s got it all. He directs with precision and style. He can find any way to land a joke in pretty much any genre or situation. And nobody is a better master at and careful editing in their directing, not even David Fincher. I have to imagine his movies are used to teach editing classes at film schools. But the biggest thing that comes out of Wright’s work is just how much fun it all is. Watching his movies makes it clear that this isn’t just a job to him. You can tell he loves doing this stuff. And given how many people return to work with him multiple times, it’s clear they also have a blast doing it, too.

Nolan is probably the purest of “filmmakers” on this list. It’s probably something that will make his movies age very well in that they are generally kind of timeless in style. While his productions are often very large and challenging, using highly skilled technicians in every department, Nolan would rather implement as much traditional filmmaking as he possibly can in the process. He rarely seems interested in pushing technology forward, as is often the case with somebody like James Cameron or Robert Zemeckis, but sticks to using technology to close the gap with the bits and pieces he can’t quite do with old-school methods. His films are typically in disjointed structure with narratives that play out in a number of unique ways, be it Memento’s “meet in the middle” approach or Dunkirk’s “meet at the end” technique. There aren’t any Nolan films I dislike. Even the couple that I only consider “OK” (such as The Prestige or Following) are at least trying hard to do what they set out to do.

Wes Anderson is his own genre. I’ve rarely met anybody who is indifferent to his style. Either you’re a rabid fan, like me, or you get annoyed by his oddball and quirky style. That’s fine, of course, because it is a matter of personal taste, and Anderson does have a highly unique style. Love them or hate them, they are certainly worthy of study. A heck of a lot of effort goes into the very careful worlds he creates and visualizes, not to mention the diverse (and often recurring) casts he builds. As great and unique as his live-action movies are, I find that his curious style and sensibilities are at their peak when he’s doing stop animation films like Fantastic Mr. Fox and Isle Of Dogs, both of which I consider masterpieces.

One of the things at the top of my list of why I love Fincher’s directing is his obsessive camera work, and most importantly he hates handheld camera shots as much as I do. Fincher is notorious for being a perfectionist, which is probably something common among directors in this list. He’ll shoot scenes dozens of time until there’s nothing in it that bugs him or goes against his vision of the scene. That approach got him into deep water on the constantly-troubled Alien 3, which was his feature debut (and all things considered is a very well crafted and shot movie – it’s too bad the script is a trainwreck). It’s no coincidence that the directors at the top of this list are all extremely visual directors – in different ways, but very visual. I particularly enjoy movies that are more than just a script or stageplay tossed on screen. Movies are a visual medium, and Fincher is a director who obsesses as much as he can to craft those visuals. Not to say that things like audio aren’t equally obsessed (his usual sound designer, Ren Klyce, is one of the best in the business).

To watch Robert Zemeckis’ earliest work as a writer and/or director, you’d think him to be a complete goofball. From the odd charm of 1978’s I Wanna Hold Your Hand to the crass humor of 1980’s Used Cars to the pure insanity of his writing on the 1979 Steven Spielberg film, 1941, it’s hard to guess that he would go on to be one of the most diverse and groundbreaking directors that the medium would have. While not all of his films have been hits, they are all at least solid directorial efforts, and most of them are great. And his long-time collaboration with composer Alan Silvestri, going back to 1983’s Romancing The Stone, and every one of his movies since (as far as I recall), is one of the greatest director/composer teams in the history of film.

Cameron is something of a force of nature when it comes to movie directors. There’s no doubt who’s in charge on his sets, and he seems to thrive on pushing filmmaking technology as far forward as could possibly be considered sane. And he does it in ways that typically terrifies movie studios – pushing the absolute limits of very challenging things on massive-budget productions. There aren’t many directors who can do what he does, because many of them would probably burn out trying to do it. He tends to direct his own scripts, which probably helps in that crazy level of production ambition – his scripts are carefully crafted to be simple enough to make that technological leap without being bogged down in narrative chaos. If you want to see just how intense one of his productions can be, seek out “Under Pressure”,  the making-of documentary for 1989’s highly underrated movie, The Abyss – one of the hardest movie shoots of all time.

Not to sound too much like a hipster, but I was a fan of Kathryn Bigelow long before she achieved massive acclaim (and the very first female best director Oscar) for her excellent directorial work on The Hurt Locker. The movie that solidified me as a huge admirer of her work was her amazing direction on the vastly underappreciated action thriller Strange Days (co-written and produced by her ex-husband, James Cameron). While she excels at amazing visuals, it’s her gritty sensibilities that were on full display in her earlier works like Blue Steel and Near Dark that would carry on through most of the films she made. The movie that truly put her on the map was 1991’s gritty action masterpiece, Point Break (a movie that is used as something of a punchline these days but is actually pretty darned great). She’ll probably end up most remembered for her gritty modern military action films like The Hurt Locker and Zero Dark Thirty (which don’t get me wrong, are fantastic), but there’s plenty more in her filmography worthy of at least as much attention.

Tarantino has kind of become his own film genre of sorts. His off-screen personality can be a bit much, but there’s no denying how big of a film nerd he is and when he’s firing on all thrusters (which is at least a majority of the time), his writing and directorial voice in is quite impressive. At the time of my writing of this blog post, he’s in the middle of production on Once Upon A Time In Hollywood, a movie centered on the Manson Family murders. The combination of Tarantino doing a film about that topic is such an obvious magic combo (and the amazing cast that he’s got lined up for it), that it’s easily one of my most anticipated films of the near future.

Here’s one that you probably wouldn’t expect to see on the list, and it’s quite likely you aren’t even aware of who Jason Reitman is, beyond (correctly) guessing that he’s the son of legendary comedy director Ivan Reitman (Stripes, Ghostbusters, etc). He’s one of those directors whose work I just specifically enjoy. Not all of his movies are great, but there’s just something about the directorial choices he makes, often in the most simple of ways, that really work for me. He has directed some fantastic films like Juno and Young Adult, but for me his debut film is still his best work – 2005’s Thank You For Smoking.

Brad Bird isn’t just the director of some magnificent animated movies like The Iron Giant, both Incredibles movies, and Ratatouille. He’s also shown that he can direct great big-budget live-action films like Mission Impossible: Ghost Protocol. And while I didn’t think the last half of Tomorrowland worked, I really enjoyed the first half and even admired what he was trying to do with the second half of the film despite it not working for me. He’s definitely got a very creative sensibility in his work, striving for something unique and ambitious. I certainly look forward to seeing any projects on which he’s involved.