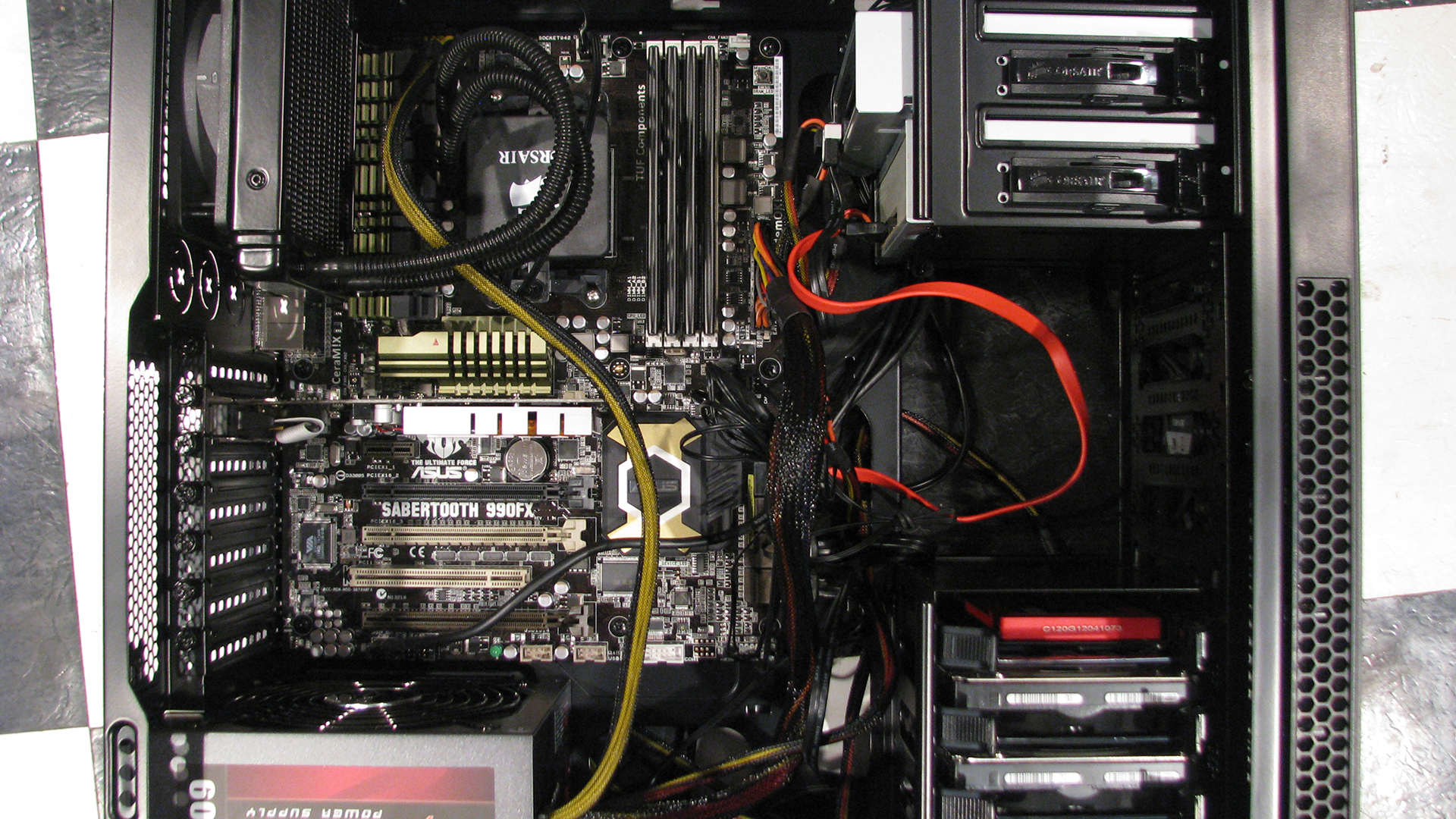 So, after a few weeks of glitchy behavior from my old Windows 2003 server at the house (10+ years old), I figured I’d do a new build for my primary workstation and demote my hardware down the line from machine to machine. So, I spent about 5 hours during Saturday evening the weekend before last doing research on current components and what deals I could find. Overall, I’m quite happy with what I scrounged up. So, here’s a breakdown of the parts, and some notes about them.

So then, it was a matter of moving all the previous parts from the case that housed my previous workstation into the second Corsair 300R case I got, and set it up for use as my media front-end machine. Previously, I was using a Zotac ID11 micro form factor machine along with XBMC’s Live build. It worked well, but the XMBC Live build had its quirks to deal with (not trying to complain, because it did work well and my main reason for doing all this stuff wasn’t because of it, just that this was a natural progression of machine changes to do). It took very little time to get things hooked up in the new case and get it setup. Since I left the optical drives in the new workstation, I just temporarily hooked up my USB Samsung DVD drive (which is normally hooked up to that Zotac box) to do the OS install on this newly tasked media front-end machine. I initially put the Windows 8 customer preview build on it (the latest available at the time of this writing), but had a few quirks for the first day of use. So before I got too much stuff tweaked on it, I re-nuked it with Windows 7. All-in-all, the components work very well for a media machine. XBMC flies on it (I didn’t realize just how much quicker it would be compared to the scaled down XBMC Live version on my Zotac ID11). The quad core AMD CPU moves it along nice and fast, and the 6gb of memory helps. But I’m sure the SSD, even being a year old Force 2 drive, makes the biggest difference. I’m now using the current XBMC “”Eden”” RC2 build for Windows on x64 Windows 7 (which connects to the many terabytes on my unRAID server). Works great. I also use this box to connect to and display live TV fed from my new HDHomeRun tuner box on the network (which awesomely manages to get the unencrypted QAM channels from my Comcast Business line, even though I don’t have any Comcast TV services on said line). I’ll probably utilize this machine for a few other multimedia kinda things.
Lastly, the above mentioned Zotac boxed became retasked as a Windows 2008 server. It’s not a powerful little machine (Intel Atom CPU, nVidia ION graphics and just 2gb of RAM), but it works for the limited few things I use it for. I’ve got things setup in their final form at this point, and am very happy with how it all turned out. I got a bunch of great deals on all the new components listed above (most with mail-in rebates, which I hate, but it’s something like $150 in rebates so they are worth it).
Share This
Related Posts

Part 2 Of My unRAID Experience

Doctor. Doctor. Glad I'm not sick. This post is gonna be about the upgrades I…

The only good time to throw a hamster is when it’s out the window of a burning building.