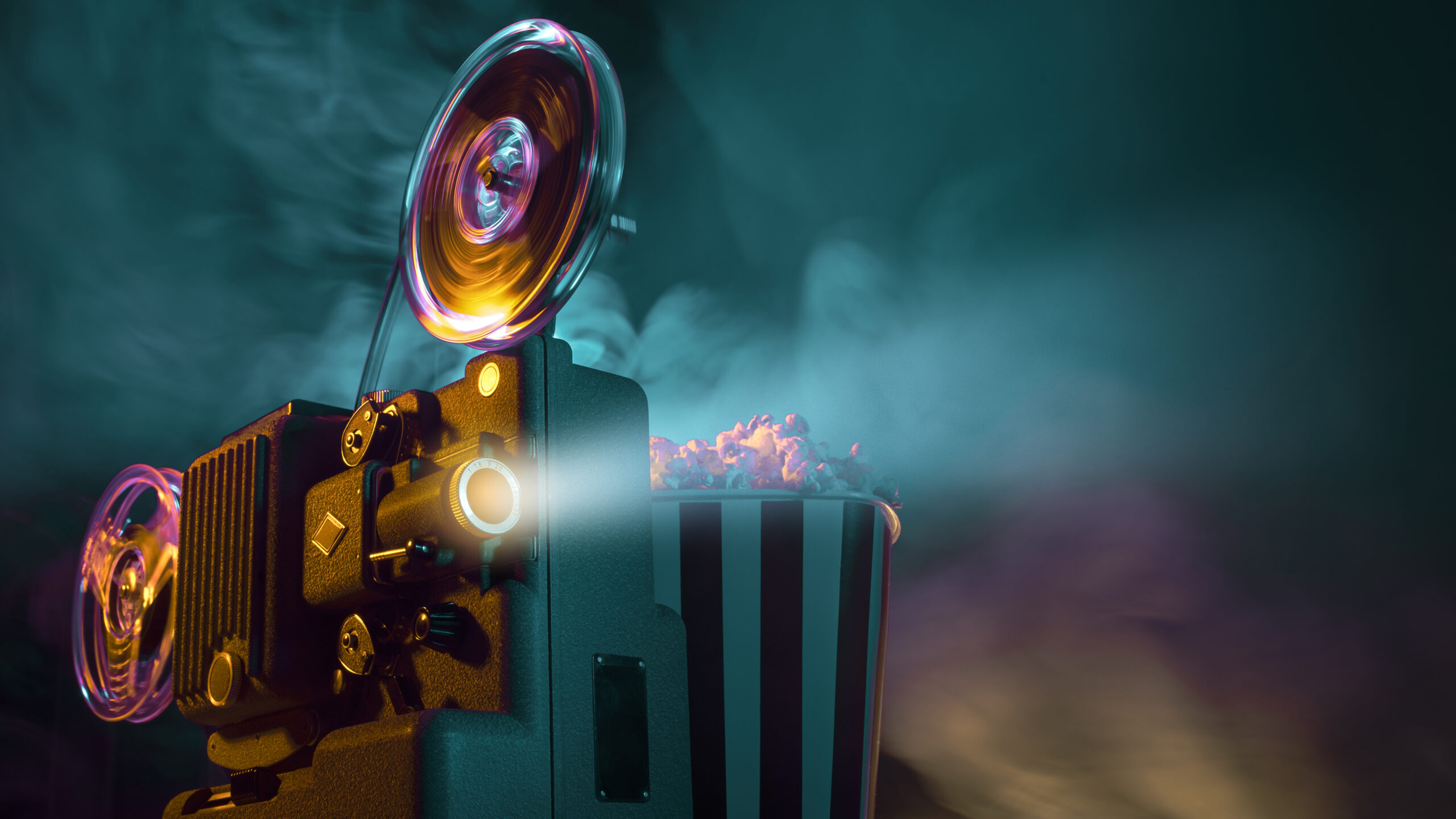 As a movie nerd, something I’m occasionally asked by people is for recommendations for overlooked and underappreciated movies. Some are ones that weren’t properly marketed, others are ones that were misunderstood, some went up against huge competition and lost, and yet others were ones that just plain flamed out for reasons unknown. So, a couple times a week, I’m going to do an Overlooked Cinema choice featuring one of those movies to recommend. They will be all kinds of different movies, so hopefully there will eventually be something for everyone. On this page, I’ll post the newest at the top of the list each time, so it’s newest pick down to oldest.

Today’s viewing from the series is 1980’s Used Cars. It comes with an upfront warning, as it’s very R-rated – gleefully so. If you’re easily (or not-so-easily) offended, probably best to steer clear. It’s an intentionally insane movie populated with loveably despicable protagonists, led wonderfully by the great Kurt Russell.

It’s the second movie directed by the great Robert Zemeckis, which he co-wrote with writing partner Bob Gale (the duo that would go on to do Back To The Future together). One of the highlights is the legendary Jack Warden doing a hilariously over-the-top dual role performance.

It’s a wild and crazy lowbrow character comedy. Unfortunately, it didn’t do too well at the box office, surely thanks to the fact that Columbia Pictures had the hairbrained notion of opening it the week after Airplane!

For this entry, I’m featuring the 1988 Vietnam action/drama, Bat 21. It’s definitely one of the lesser known Vietnam movies. It features a pilot played by Danny Glover who is working for days to guide an intelligence officer, played by Gene Hackman, to his rescue. It’s based on a true story, with the main changes for the movie being the combination of a few pilots into the role Glover plays.

Bat 21 is a well produced movie that tells a compelling story and features an excellent cast, led primarily by Hackman & Glover. It has solid cinematography, great location shooting and an excellent score from Christopher Young.

Today’s viewing is easily one of the most underappreciated sequels in movie history, 1990’s Gremlins 2: The New Batch. While I enjoy the original movie, I’m one of the few who considers the sequel to be the superior movie. The director of both movies, Joe Dante, is another that agrees.

It’s one of those sequels that raises the stakes and ups the scale of everything. It features gag after gag, and it goes that extra mile to really make the fun and humor work. The cast is lots of fun, with John Glover doing a wonderful job with wealthy developer Daniel Clamp, a mash-up of Ted Turner and he-who-shall-not-be-named. Christopher Lee is great as the scientist who gets the mayhem ball rolling again. And the rest of the returning cast from the first film is plenty of fun.

Add in tons of ambitious production moments and composer Jerry Goldsmith taking his wildly fun score from the first film and kicking it up a notch to one of his career best, and you’ve got a real winner of a sequel. And hey, Goldsmith goes from an on-screen background cameo in the first film to a speaking part cameo in this sequel.

Today’s selection is 2006’s excellent, stylistic thriller, The Illusionist. As occasionally happens in Hollywood, there were 2 similarly themed movies released in 2006 featuring late 19th century magicians. One was Christopher Nolan’s The Prestige and the other was The Illusionist. As big a fan as I am of Nolan, The Prestige is one of his films of which I’m not a huge fan. It’s OK, but not great. I am, however, a big fan of The Illusionist.

It uses the late 19th century setting of Vienna nicely and has a wonderful sense of style. The cast is excellent, with Edward Norton at his best. The constantly-underappreciated Rufus Sewell is a fantastic antagonist. Paul Giamatti is particularly great as the sympathetic lawman. Rounding out the leads is Jessica Biel, doing a nice job as the childhood friend and romantic interest.

Another key piece that makes this movie work so well is Philip Glass’ fantastic music score. The cinematography is brave with its use of vintage vignetting and soft lensing. It gives it a very vintage feeling in the style of the Lumière brothers or Edison’s productions. Both the narrative and the style are very playful and fun.

Overall, a wonderful and highly enjoyable movie which sadly didn’t get too much attention on its release, probably thanks to being a small studio production.

Doing another #OverlookedCinema viewing tonight. This time, it’s 2012’s The Impossible, which is a very good telling of the 2004 Indian Ocean tsunami disaster. It follows one tourist family through the disaster and is actually pretty darn accurate to the real life experience it’s based on.

With such a massive scale, it was surely a very challenging production, but the movie pretty much nails it (the small bits that are obviously CGI are ones where there’s no practical way to do it any other way). It’s solidly shot and edited and takes great pains to capture the location and event accurately.

The cast is great. Ewan McGregor is at his usual excellence, and Naomi Watts’ performance is of course fantastic. The actor who gets third billing (and is the only other cast member to get listed on the posters with McGregor and Watts) is none-other-than Tom Holland in his feature film debut (at like 15 years old), turning in a remarkably good performance.

For this first entry, I’m going to go with Ridley Scott’s big budget epic from 2005, Kingdom Of Heaven. Some of you that saw it may have just said, “really? I don’t remember it being particularly great.” And if you’re talking about the theatrical cut that played in theaters, I would agree with you. That version was gutted by a studio that was afraid of its 3 hour runtime, slicing out some 45 minutes. The director’s cut, however, puts back all the stuff that makes it properly work. In fact, I think it’s one of the most stark examples of a director’s cut that makes the biggest difference.

Ridley is a fantastic director. He’s certainly had his bad films, but given his huge successes, it’s remarkable how even in 2005, he was still having to deal with studios chickening out on him and screwing around with the end product. He’s no stranger to director’s cuts and studios screwing around with his movies, to be sure. But this is certainly the most significantly different movie in the alternate forms. They are essentially two different movies. One is a more generic “sword and sandals” film (surely what the studio wanted, and what was released to theaters). The other is a subtle slow burn of a character movie set against a historic epic backdrop. So, my recommendation is ONLY for the director’s cut. It is not an optional alternate version. It is THE version of the film. The excellent Blu-ray release features both versions (as well as a “roadshow” version which tacks an overture and intermission onto the director’s cut).

This is a violent movie (and in the director’s cut, not just for the sake of violence – rather quite the opposite). So if you’re sensitive to that, this one probably ain’t for you.

Here is a nice summary of what makes the director’s cut so much better. It’s FULL of spoilers, of course, and shouldn’t be watched until after you’ve seen the movie.

2020 Movie List
The list of 2020 movies that I saw, ranked by my preference from best down to worst.
My Quarantine Comedy Movie Viewing List
A log of comedy movies I watched as a daily series during the shelter-at-home quarantine fun.
Top 100 All-Time Favorite Movies
An attempt to finally assemble a list of my personal top 100 all-time favorite movies.
Categories
Recent Posts
Archives
Random Quote

I was the kid next door’s imaginary friend.