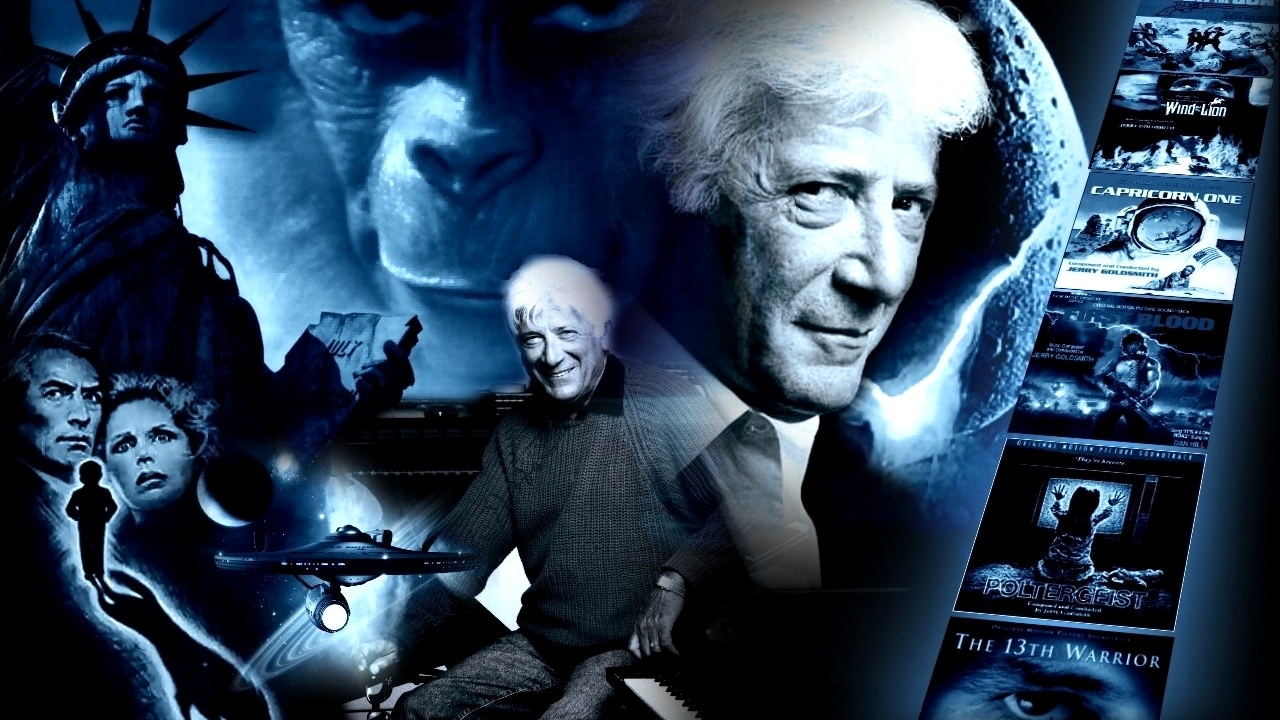 When people ask me who my favorite musician is, my answer is always Jerry Goldsmith (followed closely by John Williams). If that person isn’t the film score nerd that I am (in other words in just about every instance) their response is typically, “who?” While Jerry Goldsmith was a prolific composer from the 1950s through his unfortunate death in 2004, he wasn’t quite the well-known names outside the industry in the way John Williams or Hans Zimmer are. He was pretty much universally admired by other film composers and film score fans alike.

So, what is this collection? It started a while back as an attempt by me to create a 4 CD set of material for me to give to people as a sampling of some of my favorite music by Jerry Goldsmith. Those 4 CDs ended up becoming 6 CDs (and even still, I had to include an extra bonus track). And even still, I barely scratched the surface. Due to Jerry Goldsmith being such a busy and active composer for so many years, there is a massive amount of material to select from. Just check his filmography. This is just meant as a good introductory primer of some of my favorite highlights. Here is a good tribute concert from what would have been his 80th birthday.

Here is a download link to the ZIP file with the tracks encoded in MP3 V0 quality. Lossless FLAC is available on request. You will want to use the download link on the top right of the linked page.

A compilation of my favorite music by mostly-instrumental artist, Yanni.

This is a compilation of film & TV score horror music.
Under Construction

I bet the one legend that keeps recurring throughout history, in every culture, is the story of Popeye.