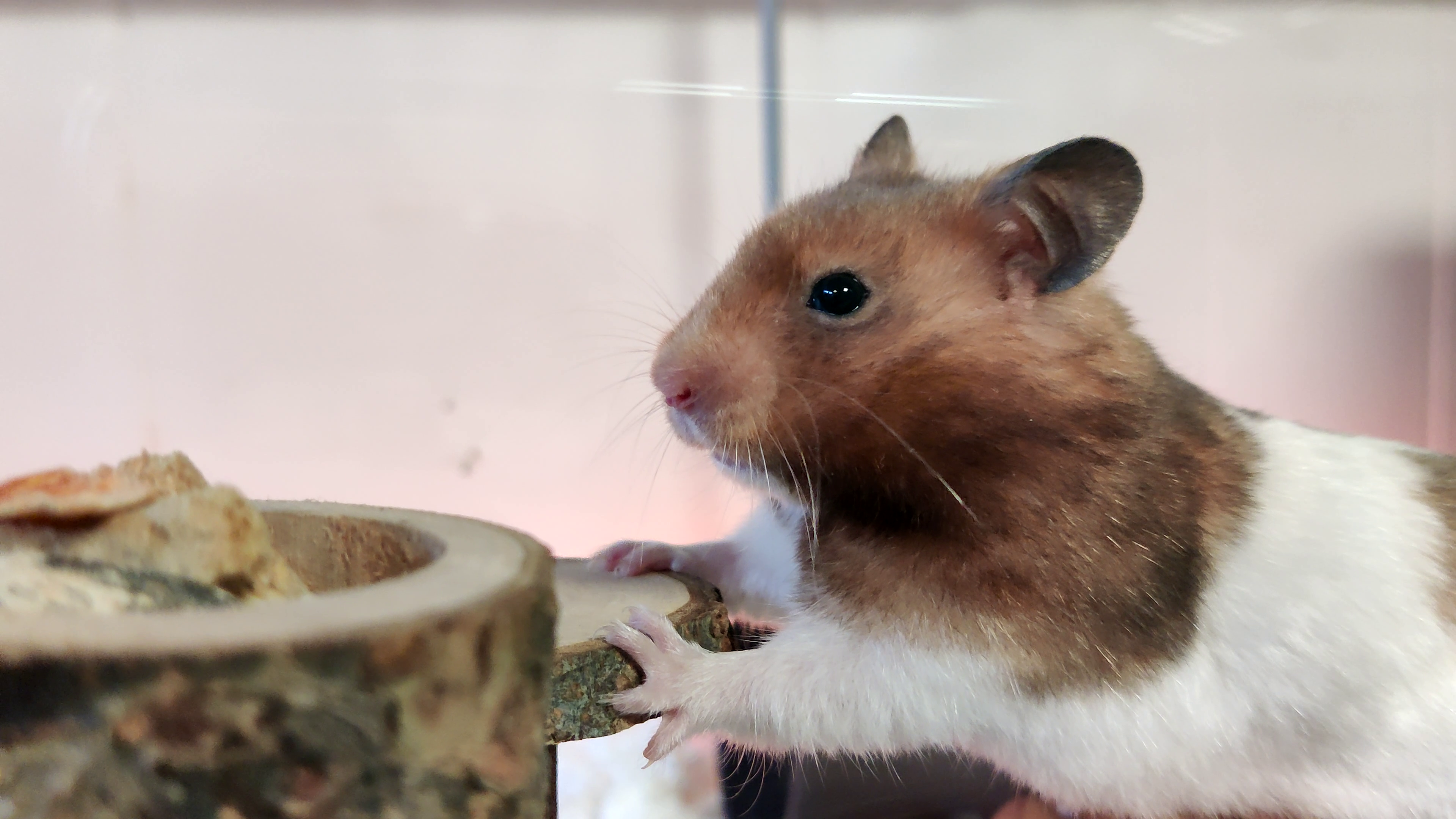 I used to have hamsters as a pet when I was a kid. Ever since, I’d occasionally tossed around the idea of having a pet hamster again, but never really followed through with the idea. Well, I finally got one again, thanks to an accidental discovery of a cool enclosure that sent me “down the rabbit hole” (so to speak) of using Ikea’s Detolf display case as a hamster enclosure. Here is a vlog about it…

After the accidental image search discovery of using the Detolf as an enclosure, the first video I happened to click on to watch was this one, detailing the setup of the Detolf for a hamster. I immediately knew after watching that video that I was finally gonna get a hamster again. I then spent quite a few hours watching tons of other videos all about hamster fun. One of the nice things about the modern era is the huge amount of information available. Between all the great YouTube vids and places like Hamster Hideout Forum, there was tons and tons of info that, quite frankly, would have been nice to have 30+ years ago when I had previous hamsters.

After I got the Kallax and Detolf assembled and in place, I started setting up the various equipment, supplies and toys in the Detolf (detailed below). While I was doing that, and watching the various videos, one thing a few videos pointed out was to try not to support the pet mills that pet stores use if possible. So, I did a bit of searching and discovered Nantucket Hamstery, which was an ethical breeder that was quite local to me (Huntley, IL), and their site and Facebook page certainly looked like a perfect choice. So, I got myself onto the waiting list for a hamster from the next litter. There are a number of reasons to want to go with a hamster from an ethical breeder, from better genetic lines to being properly handled (which will very likely mean better temperament), and simply not supporting the pet mills that simply don’t treat the hamsters nearly as well. So after a month or so wait, I was able to pick out a hamster from a group of photos and scheduled to pick him up, which I did on November 1, 2020. I had put together a list of potential names for him, but as a lifelong Weird Al Yankovic fanatic, I just couldn’t NOT use the name of Harvey. After all, then he gets his own theme song…

Here are a couple cute compilation music videos I’ve put together of his first couple months at the house:

Anyway, here’s a full list of things with which I have started things off. This is the result of doing a bunch of reading and watching the various YouTube videos. But, this is all a starting off point, and I may end up tweaking things over time as I see how well this stuff works and what Harvey takes a liking to.

And here are some various foods I’m starting with. This will probably get more tweaking than anything else.

There are a handful of YouTube vlog channels on which I watched a good number of videos about hamsters in general. A few that stood out as particularly good are Victoria Raechel, ErinsAnimals and Munchie’s Place. If you’re looking for some good, basic starter info, here are a handful of good videos about hamster care in general (there will be a bit of info overlap in these, but they’re all good intro info vids):

Did you ever get an itch on the roof of your mouth that only a gun barrel would scratch?